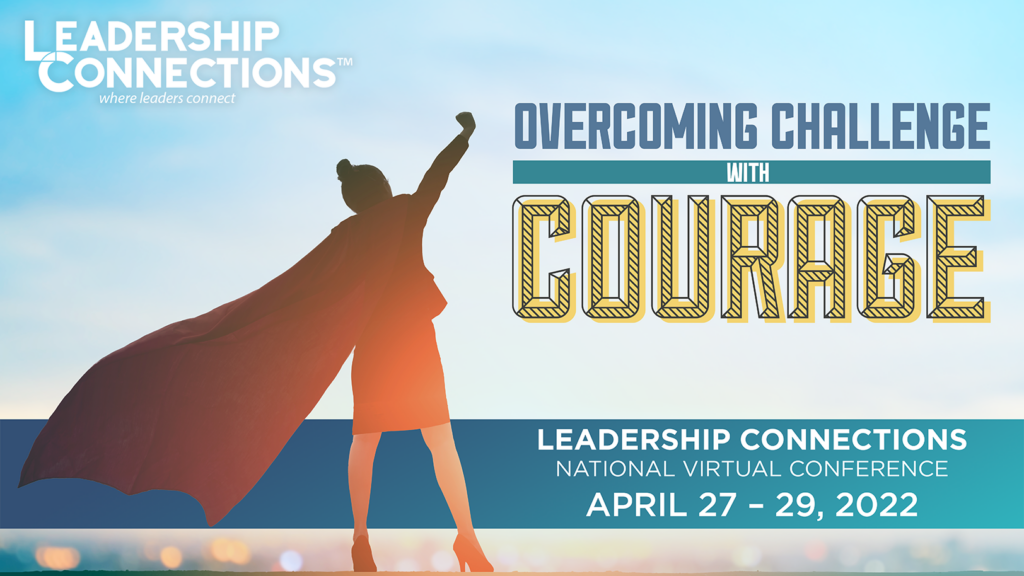 Our virtual conference not only offers you content during the live three-day conference but all keynote and break-out sessions will be recorded and available to registered attendees for 12-months after the conference ends. Plan to set aside the days of the conference to engage with others, attend live sessions, and connect with sponsors. After the conference, you may view the sessions you were unable to attend, so you won’t miss any of the valuable sessions!

We are thrilled to have you join us for our 21st annual conference. The vision of the McCormick Center for Early Childhood Leadership to empower leaders and advance the field to promote excellence in early childhood education is embedded in Leadership Connections. We strive to be an important catalyst for change as we implement initiatives that strengthen the leadership capacity of early childhood educators. The conference provides you with opportunities to attend workshop sessions relevant to your complex role, network with professionals who relate to your trials and triumphs, and be inspired by powerful specialists in our field.

Download the Leadership Connections 2022 Program to learn more about the conference schedule. 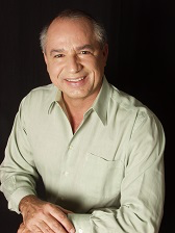 Luis A. Hernandez, Early Childhood Education Specialist, brings solid expertise based on his work history in Head Start, Pre-K programs, colleges and universities, child care resource and referral agencies, and ECE management. His expertise includes early literacy, dual language learners, adult learning practices, changing demographics and diversity, and ECE management and leadership topics. As a regular presenter and keynote speaker at national, state, and local conferences, Luis is highly regarded for his motivational and energizing presentations. In addition, Luis is an author. His book, “Learning from Bumps on the Road,” focused on leadership topics and is a compilation of presentations and conversations with three fantastic leaders in the field. Mr. Hernandez is active in a number of organizations that support children and family interests. 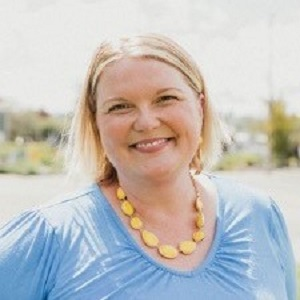 Amy Leneker is a Leadership Consultant and a Certified Dare to Lead™ Facilitator. Amy was born and raised in the Midwest where she learned to work hard, tell the truth, and be kind. Although Amy left Ohio long ago, those Midwestern values are still very much a part of who she is and how she works. As a Certified trainer, she has trained thousands of leaders and practitioners from all over the world. Amy and her husband have two wonderful kiddos and make their home in the Pacific Northwest. 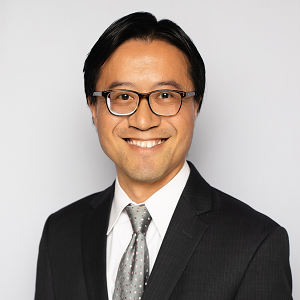 Albert Wat is a Senior Policy Director at the Alliance for Early Success, where he supports the organization’s strategy and goals for early education, including increasing access to high-quality pre-k and child care, improving the early learning workforce, and enhancing alignment with K-12 policies. Before joining the Alliance, Albert was a Senior Policy Analyst in the Education Division of the National Governors Association Center for Best Practices, where he helped governors’ staff and advisors improve their early care and education policies, from early childhood through third grade. Before NGA, Albert was the Research Manager at Pre-K Now, an advocacy campaign at the Pew Center on the States, where he authored a number of policy reports, managed research activities for the initiative, and provided analysis and information about the latest pre-k and early education research and policy developments to Pre-K Now staff and its network of state partners. Albert has served on two National Academies committees: Transforming the Workforce for Children Birth Through Age 8: A Unifying Foundation and Vibrant and Healthy Kids: Aligning Science, Practice, and Policy to Advance Health Equity. He also serves on the board of the Council for Professional Recognition. 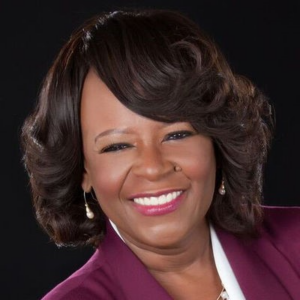 Dr. Valora Washington is an internationally recognized authority in early childhood education. She is known for conceptualizing, leading, and executing significant change initiatives impacting policy, programs, and practice in higher education, philanthropy, and national nonprofits as well as in local, state, and federal government programs.

During her decade tenure as CEO of the Council for Professional Recognition, Dr. Washington advanced and professionalized the field of early childhood education with her leadership of the largest credentialing program for early educators in the United States, the Child Development Associate (CDA) Credential™. Accomplishments included 25% increase in applications, 42% increases in renewals, and 107% decline in appeals. New initiatives include the establishment of 6 national conferences; The CDA Gold Standard Certification for training institutions; international programs in China, Egypt, UAE, and Panama; on-line application processes (which grew from 0 to almost 90%); new Essentials text and workbook; cyber sales; review-observe-reflect verification visit system; white paper series; high school CDA programs; renewal amnesty programs; outreach and assessments in up to 23 languages; and alumni group.

Dr. Washington is considered a pioneer in early education, having been named as a Legacy Leader by the Center for Enhancing Early Learning Outcomes (CEELO), for having shaped the early childhood education field, having a unique perspective on the history and context of today’s policy initiatives, and for developing strategies to address the issues that impact child outcomes.

Certified as an Association Executive and as a Credentialing Specialist, Dr. Washington co-founded Voices for Michigan’s Children, the Early Childhood Funders Collaborative, and the CAYL Institute (a leadership development program for practitioners).

She was named one of “25 Most Influential Working Mothers” by Working Mother magazine, chosen as one of “Ten Outstanding Young Women of America” from among 62,000 nominations, and in 2018, named by Exchange magazine as Doyens (the most respected or prominent person in a field). Dr. Washington has authored over 50 publications including Children of 2010 and Children of 2020. She has also co-authored Ready or Not: Early Care and Education’s Leadership Choices – 12 Years Later; The New Early Childhood Professional; and Guiding Principles for the New Early Childhood Professional. 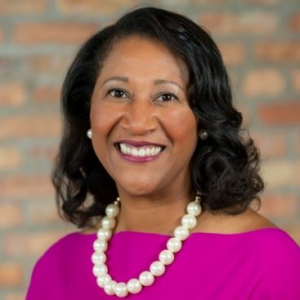 Dorri McWhorter became President and CEO of YMCA of Metropolitan Chicago in August 2021. Prior to joining the YMCA, Dorri served for 8 years as the CEO of YWCA Metropolitan Chicago transforming the organization from a traditional social service organization to 21st Century social enterprise. Increasing impact and organizational sustainability, YWCA Metropolitan Chicago’s operating budget grew from $10.5 million in 2013 to a $38 million operating budget for FY 2022. The organization has been an active contributor to many critical initiatives across the region, and under Dorri’s leadership, YWCA Metropolitan Chicago expanded its service footprint to 10 new locations, completed seven mergers and acquisitions, implemented paid family leave and developed a retirement plan to include retirement options for thousands of childcare providers and small business owners. Dorri led the effort to develop an exchange traded fund (ETF) for women’s empowerment (NYSE: WOMN) in partnership with Impact Shares, which is the first non-profit investment advisor to develop an ETF product. Dorri was included in the inaugural list of “The Blue Network”, comprised of the top 100 innovators in Chicago, by Chicago Tribune’s Blue Sky Innovation and recognized by Good City Chicago receiving its Innovative Leader Award. Dorri is a 2019 Inductee in the Chicago Innovation Hall of Fame. Mecca’s 30 years of experience in the field of early childhood education, the majority of which were in a senior leadership position with Primrose Franchising Company, have provided her an experienced, unique, and innovative perspective on leadership. She had been a teacher and a director before joining Primrose in 1999. With Primrose Schools she served as a consultant, in the role of a Franchise Owner, and retired early in 2018 as the Executive Director of Training and Development. As a consultant, Mecca coached owners to success in the areas of education, operations policies and procedures, marketing, culture, state licensing compliance, relationship building, administrative, HR issues and more. As the Executive Director of Training and Development, Mecca and her team were responsible for successfully developing, delivering, assessing, and evaluating the effectiveness of training for corporate team members, over 300 Franchise Owners, and approximately 15,000 directors, teachers, and staff. You will appreciate her knowledge and the artful and humorous way she relates to her audience. Mecca holds a Bachelor of Arts Degree in Language and Literature, Texas Teacher Certificate, John Maxwell Coaching and Presentation Certification, and is designated as a CPTD (Certified Professional in Training and Development) through ATD. “I believe we are created for relationship. I love people and find my greatest joy and fulfillment in helping the adults in a child’s world to self-direct, to hold themselves accountable, and to establish authentic relationships so they (we) can deliver the best early childhood education experience to the children entrusted to our care.” MJ Susan MacDonald is the founder of Inspiring New Perspectives, a consultancy focused on empowering educational leaders to create programs that deeply respect and nurture the possibilities that lie within each child, parent and teacher. She has been developing and delivering inspirational courses and workshops for more than 25 years. Her background includes director of a Reggio-inspired preschool program, adjunct faculty at Lesley University and Wheelock College, and Commonwealth of Massachusetts licensing supervisor. She holds a master’s degree in instructional design, and several professional coach certifications. Allen Rosales has a Master’s Degree in Early Childhood Education and has worked in the field for over 27 years. During that time he has held the role of teacher, education manager, coach, professor, national presenter, author, and now Senior Program Advisor for the Carole Robertson Center for Learning. His work with teachers and programs has resulted in state and national awards, grants and recognitions. These include: a national touring site for the North American Reggio Emilia Alliance; Award of Excellence in Linguistically and Culturally Appropriate Practice from Excelerate Illinois. Allen has published an early childhood curriculum book for teachers and a four-storybook series for young children. Mr. Rosales has also presented curriculum and instruction presentations at the following national conferences: National Association for the Education of Young Children; National Head Start Conference; National Association for Bilingual Education; and Association for Supervision and Curriculum Development. In his role at the Carole Robertson Center for Learning, Mr. Rosales designs and facilitates professional learning communities for leadership and teaching staff in an effort to enhance the learning climate and culture of the organization. Dr. Angela Searcy holds a B.A. degree in English and secondary education with teacher certification though the state of Illinois, a M.S. degree in early childhood development from Erikson Institute, with a specialization in Infant Studies and a Doctorate in Education with a specialization in Response to Intervention and Assessment. Her research centers around brain-based learning assessed by the CLASS assessment and its’ correlation to aggressive behaviors in preschool classrooms. Angela is currently a candidate in Erikson Institute’s Infant and Early Childhood Mental Health Credential.

Angela is the owner and founder of Simple Solutions Educational Services, a professional development company. An educator since 1990 Angela has experience at all levels of education. Angela is currently an adjunct faculty member and seminar leader at Erikson Institute, the author of Push Past It! A Positive Approach to Challenging Classroom Behaviors with Gryphon House Publishing, and a professional development provider for Teaching Strategies, LLC, the Bureau of Education and Research, and an affiliate trainer for Teachstone.

Groups of 10 or more full-conference registrations receive a $50 discount per registration.

Conference Schedule at a Glance 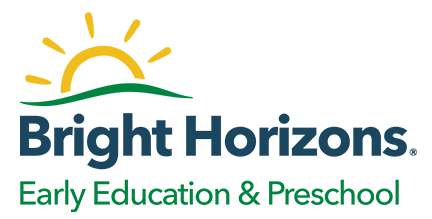 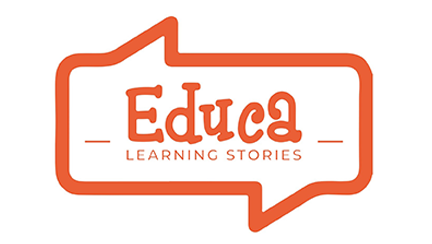 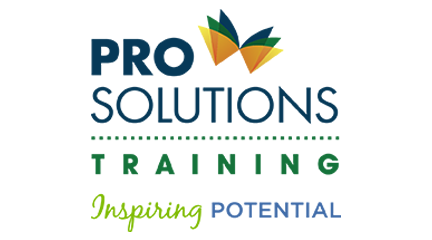